If you look at a map of Amsterdam, you will see blue everywhere. Amsterdam is a city built around water.

Most visitors spend plenty of time around the canals, doing a tour of Amsterdam in a canal boat, shopping in the Negen Straatjes (nine little streets) or just exploring the city. The canals are everywhere. And they represent what Amsterdam stands for – narrow streets lined by century old houses and connected by cobble stone bridges. Most of the restaurants are in this area too and go for a similar vibe.

Few visitors ever make it to, let alone over, Het IJ, Amsterdam main water way, situated right behind Central Station, and connecting the city to the North Sea. The Port of Amsterdam lost in importance in the 20th century as it’s far from the North Sea, and lay dormant for years, having been completely neglected by city planners. That’s changing rapidly with many cool apartments springing up by the IJ, as well as several prestigious projects such as the new cruise ship terminal, the EYE movie museum, or the new city library.

The area has a very different feel than the canals – bigger, more industrial and more diverse. As of recently, a number of restaurants have sprung up in that area, providing diners with that same rather different look – larger, more rugged and more modern. And while many of them are not as conveniently located as the restaurants around the canals, we think it’s well worth a trip to explore this area and feel the pulse of the old Port of Amsterdam. 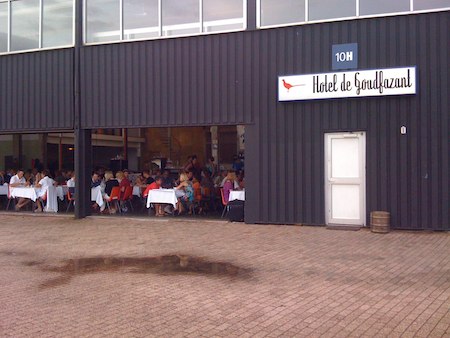 Café Restaurant Stork is housed in a former dock that was stripped but left intact to a large part. It’s very spacious with a big entrance and bar area, an open kitchen and all the fish on display on ice. The menu is a traditional fish and seafood affair with some meat and vegetarian options. 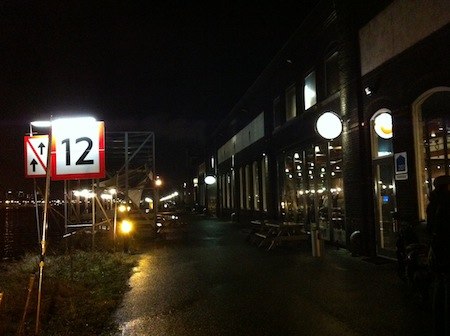 De Wereldbol (Dutch for globe) is small and individualistic, run by an ambitious chef with a little help serving and in the kitchen. The menu has a mix of favorites from different parts of the world and a strong focus on aperitifs, wine and desserts. 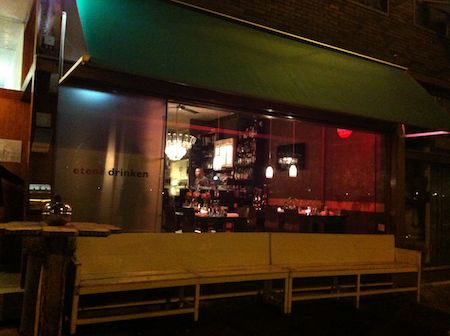 Wilhelmina Dok is the least ambitious of the four food wise but certainly has the most beautiful terrace, overlooking Het IJ with a marvelous view of Amsterdam from the other side. The menu is small but versatile with a meat, fish and vegetarian dish. 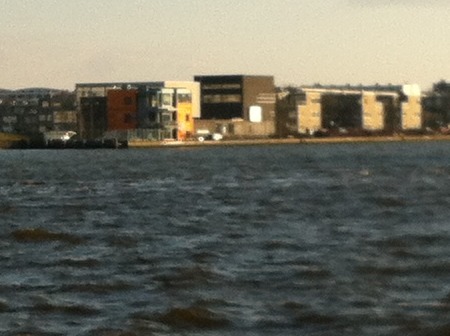 2 thoughts on “Dine Around the Port of Amsterdam”